Why The American Heart Association Can't Admit They Are Wrong

Posted by Tom Naughton in Low-Fat Nonsense, The Food Evangelists

If you’re a sympathetic sort, you could almost feel sorry for people who work for the American Heart Association, the British Heart Foundation, the Australian Heart Foundation, etc. They’ve been promoting anti-fat hysteria for more than 40 years now, people have dutifully cut back on their saturated fat intake and consumed more “heart-healthy” grains, and yet our societies are witnessing record rates of obesity and diabetes. Even if these organization believe their advice is correct, I don’t see how they could feel successful in their missions.
But of course, their advice isn’t correct.
I’m not a big fan of observational studies, but since the American Heart Association likes to cite them as evidence, here’s a conclusion several observational studies have reached: when people replace saturated fats with refined carbohydrates, their rate of heart disease goes up, not down. Clinical studies show that refined carbohydrates raise triglycerides, and high triglycerides at at least associated with heart disease, if not an actual cause. And yet for decades now, the AHA has been putting its stamp of approval on products like the ones shown below. 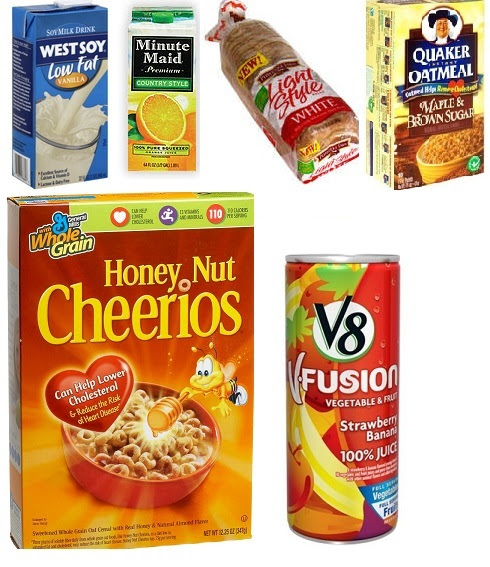